LISTEN to Ted Nelson, 1966 - "Hard and Fast Thoughts for a Softcopy World" 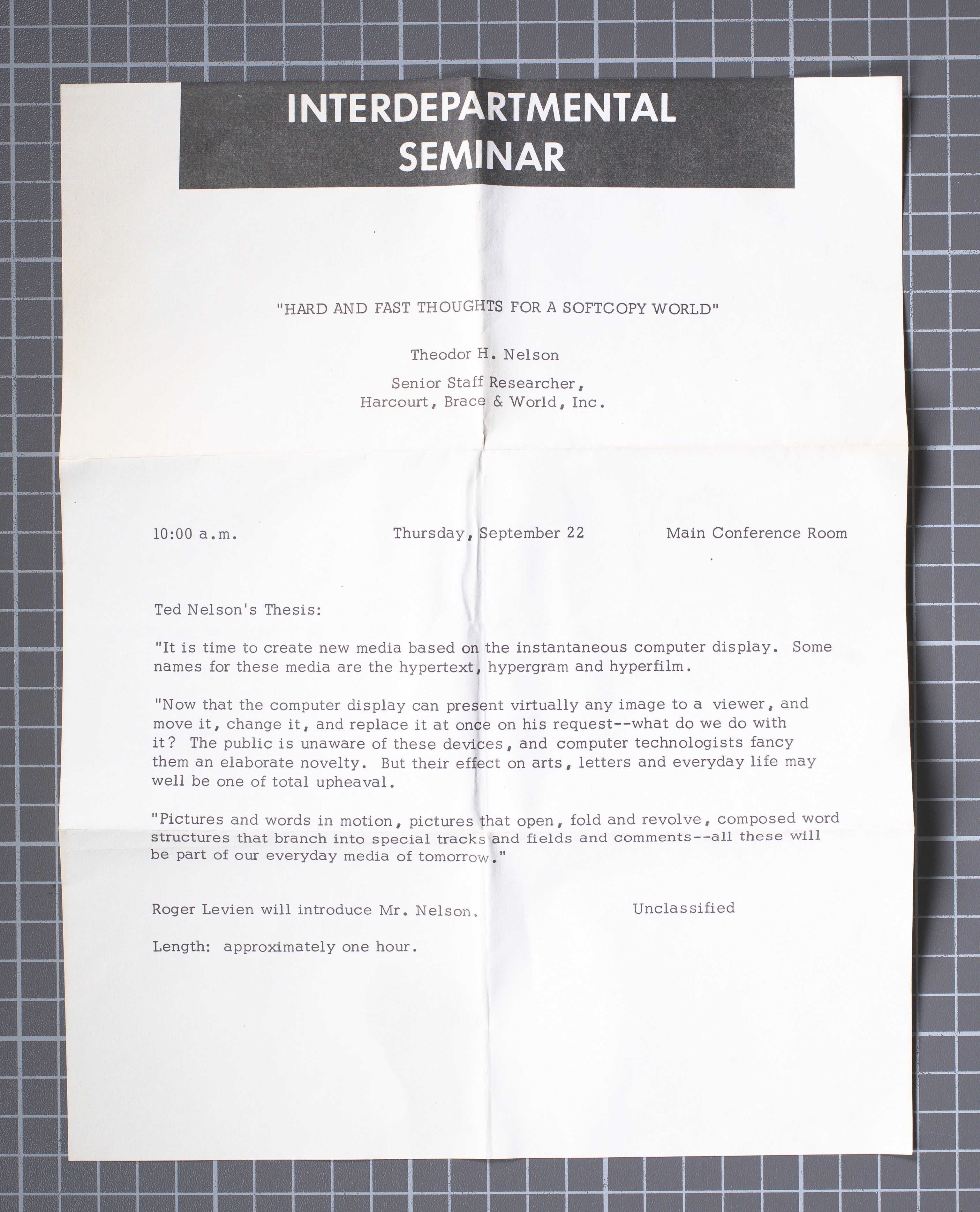 LISTEN to Ted Nelson, 1966 - "Hard and Fast Thoughts for a Softcopy World"

This is the earliest of my computer talks
presently available as a recording,
at the RAND Corporation in 1966.
The introduction is by fellow Swarthmorean
Roger Levien, who was on the opposite
side of the campus (fraternities)
and a fine guy.
(Thanks to Henry Lowood and the Stanford Media Preservation Lab,
where the tape was reformatted and digitized.
The original audiotape and papers
that came with it are at Stanford.)
The talk was at the RAND Corporation,
the celebrated (and controversial) think-tank in L.A.
I talk about the coming world of universal computer screens
(a radical concept to computer people of that time)
and the ethics and aesthetics of this new world.
Unfortunately the slides are not available.
I also talk about my designs,
e.g. zippered lists.
Though we can't see the slides,
that zippered-list design
can be seen in my publication of a year earlier--
http://csis.pace.edu/~marchese/CS835/Lec3/nelson.pdf